Custom Features to Look for When Buying an Intercooler

When it comes to engine performance, the guiding rule is to produce more power, but this comes along with heat that is generated in the process. Performance gains can be easily negated if the heat generated is not controlled as expected. Intercoolers are designed specifically for this purpose so that your engine can produce the maximum possible power without the threat of overheating. Most car owners don't know which intercooler they should buy. To answer this question, below are some of the custom features you should consider when shopping for an intercooler.

The Tube Design Intercoolers comprise a system of tubes which run in between end tanks. Between these tubes are thin fins carefully stacked, making the whole assembly an excellent system for transferring heat from the engine through the tubes into the outside air. By design, intercoolers are mostly rectangular, and the tubes are either many and short, or fewer and longer. All other things being equal, the intercooler design with short tubes is much preferable because it allows for a better flow of air than the design with longer tubes. However, the shorter the tubes, the smaller the cooling area, which also affects cooling performance.

The End Tanks The input end tank serves to evenly distribute the incoming air across the mouths of the tubes. On the other hand, the output end tank collects all the airflow and directs it to the outlet tube. The end tanks are usually tapered proportionally to the quantity of flow entering the tubes. The way the plumbing connections to the end tanks are done influences distribution and flow of air. Compared to parallel end tanks, tampered end tanks have risen in popularity and thus are considered worthwhile.

Apart from the above 3 considerations, you should also look at other constructional aspects such as the weight of the core. If the weight is in a heat-storing material such as aluminium, the heat absorption capacity of your intercooler will be greatly enhanced. 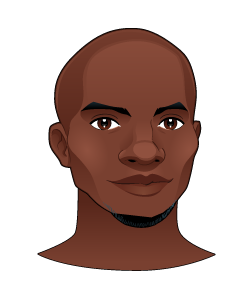 Yo! My name is Chris and my aim is to develop the best automotive blog. I have recently learnt to drive and since I passed my test, I have been trying to learn all I can about automobiles. I started my journey by spending some time with the mechanics at my local auto repair shop. The mechanics helped me to understand how my car works and how to repair it. I then spent some time hanging around at my local my auto dealership. I guy there was really friendly and explained the best way to buy and sell a car. I have started to write down everything I have learnt so far. I hope it is useful.